AndroidX libraries can release once every two weeks. All development is done in the open, and you can follow along changes to the androidx-master-dev branch using Android Code Search.

The 2 week release cycle can sometimes get in your way because:

To account for these use-cases recently we made snapshot builds available to developers.

Everytime a change request is sent in the AndroidX source tree, pre-submit checks ensure that all existing tests pass. Once the change lands, our CI server picks up the change and builds all the relevant artifacts.

You can follow along all the changes being built, by looking at https://ci.android.com/builds/branches/aosp-androidx-master-dev/grid? (Note that I added the name of the branch that I am interested in androidx-master-dev which is where all AndroidX changes land).

Every row in the grid corresponds to a couple of changes that were made to the AndroidX source tree. You can click on the View Changes link to see the changes associated to a build.

Here is an example: 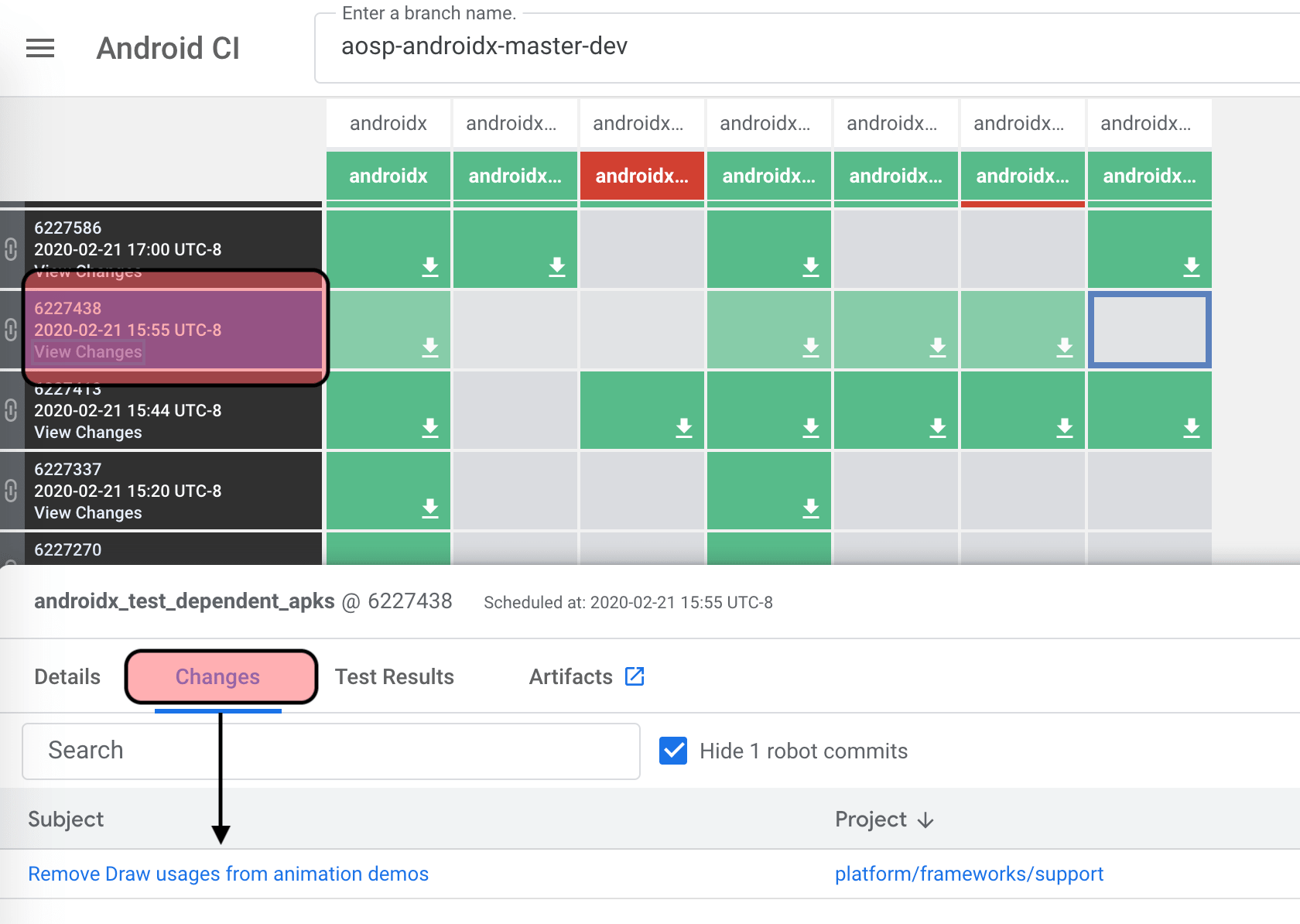 Each row identifies a build, and is also usually accompanied by snapshots. These are artifacts produced as a result of the build, with the changes that were submitted as part of the build. If you don't see snapshots for some builds, just pick a more recent build with snapshots. That should have all the changes rolled up.

This page lists all the artifacts that were built, and you can actually see them organized as a Maven repository. Here is what the listing for work-runtime looks like for example:

To use these artifacts, you should include the following snippet in your build.gradle file.

That's really it. You can now test the changes you want to.